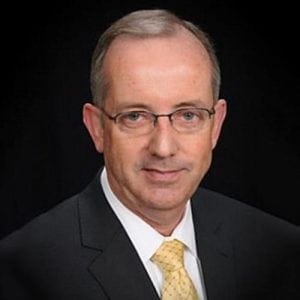 By The Whole Church [Our Declaration of Interdependence]

“I am a believer!”  But am I ‘independent’ or ‘interdependent’?  Individually, each of us is solely responsible for the choices we make in life.  It seems reasonable, then, that these choices reflect whether or not we ‘feel’ the need to be accountable to anyone other than ourselves.  To believe that “I am my own person, and my decisions only affect me” reveals an independent, but not an interdependent perspective of the Christian life!

So, does this mean that independence is not a Christian virtue?  Truly, the ‘mold was broken’ after each of us entered into this world.  Each of us is as unique as our own thumbprints! Yet, as is true in so many choices in life, ‘application’ eventually reveals ‘motivation’.  If I remain “an island alone”, then I will limit and eventually ‘use up’ my ability to contribute to the Body of Christ, of which salvation has made me a part.  Truth be told, we can only accomplish lasting Kingdom of God goals in proportion to our willingness to include ourselves in the works of the overall Body of Christ.

Why do some Christians have such a difficult time working together, contrary to the ministry of Jesus (Mark 10:42-45) as well as the New Testament Church (Romans 15:1-3)?  Could the cause include a ‘defensive’ personal perspective, hindered by independent decisions made without thought as to their benefit to the rest of the Body of Christ?  Maybe we could each measure our ‘perspective’ by a ‘line’ such as this: “Either we LIMIT our effectiveness as members of the Body of Christ through INDEPENDENCE, or we EXPAND the effect and influence of God’s Church in this world by our INTERDEPENDENCE, finding strength and expanded ability through working together as a team!”

Teamwork and interdependence are traits woven throughout the New Testament. For example:

In the ‘world’ and in the Church, interdependence precedes expanded opportunity.  A graphic Biblical parallel can be seen in Abram and his nephew Lot (see Genesis 13:5-18).  Lot’s independence enabled the issues that arose between his herdsmen and Abram’s herdsmen.  Please note that it was Abram who approached Lot with the desire to remain at peace with each other, as well as with their herdsmen.  Lot’s presumption that the “well-watered plain of Jordan” was the place for he and all that was his revealed his independent decision to even exclude God’s input, and he became blind to Sodom’s draw.  Peter wrote that Lot’s righteous soul was “vexed (harassed) by the filthy conversation of the wicked…in seeing and hearing, vexed his righteous soul from day to day with their unlawful (independent of the law) deeds.” (2 Peter 2:7-8) It was Abram’s intervention that delivered Lot out of captivity [yet sadly, Lot returned to Sodom!] (Genesis 14).  And, it was Abraham’s intercession that brought about Lot and his 2 daughters deliverance when God destroyed Sodom and the wicked cities! (Genesis 18 & 19) Lot’s independence nearly destroyed him, his family, and his heritage.  Abraham’s interdependence established him as the “father of the faithful”, a patriarch to Jew and Gentile alike, whose vision was his heritage (“as the stars of the heaven, and as the sand which is upon the seashore:” [Genesis 22:17]), including the ‘heritage’ of independent Lot!

God’s Church is empowered through His interdependent, unified Body.  In this end time age, we must set aside the ‘me alone against the world’ mentality of defensive independence, and whole-heartedly pursue Christ’s Commission of interdependence and harvest-motivated Christian Body Life.  It is then that the “Whole Gospel” to the “Whole World” by the “Whole Church” can and will happen!